Daily Painting: Every move you make

Today I made another postcard, still from the same scraps. I started with marks with a very thick pencil. What I noticed that how every move you make makes a crucial difference regarding to how the collage works out.

One stroke of pencil-marks influences where you put the next scrap. It is just as in real life. 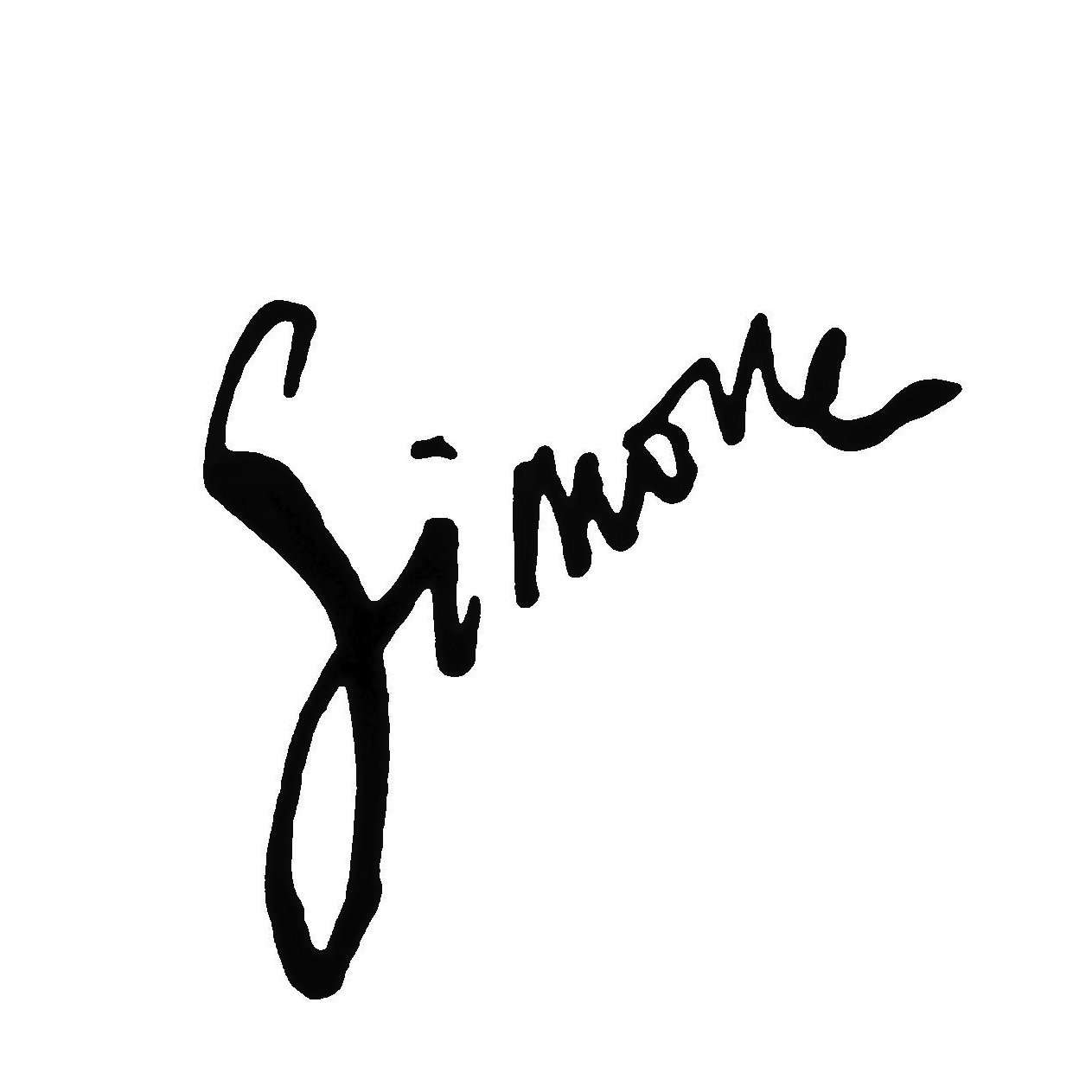 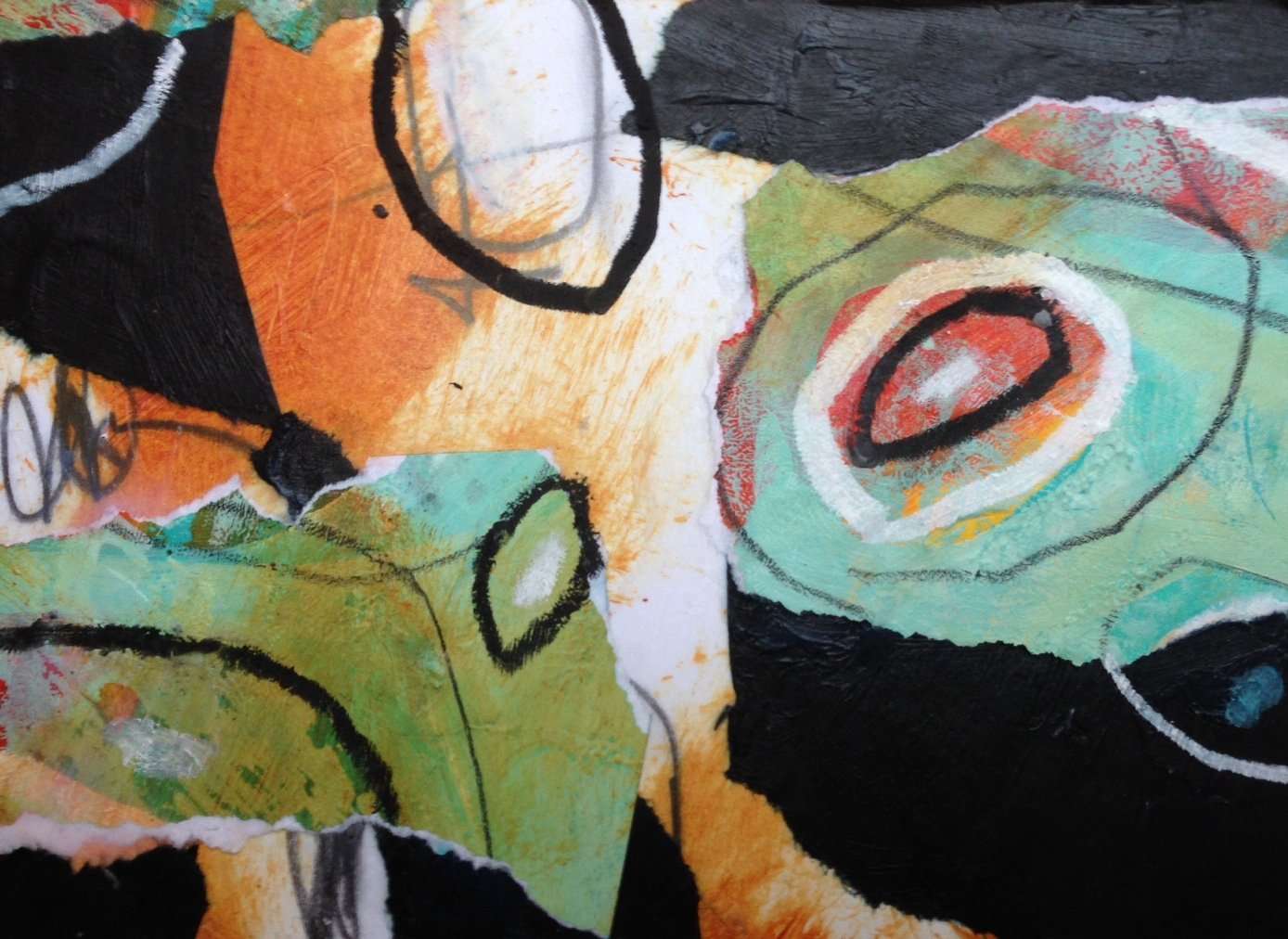 Today I made another collage – all of the same scraps of the old blue-green painting. I now have made three postcards of them (and could make many more). What I find interesting is the difference between the ‘torn borders’ (can you say that?) and the cut borders. I think they make a beautiful contrast. 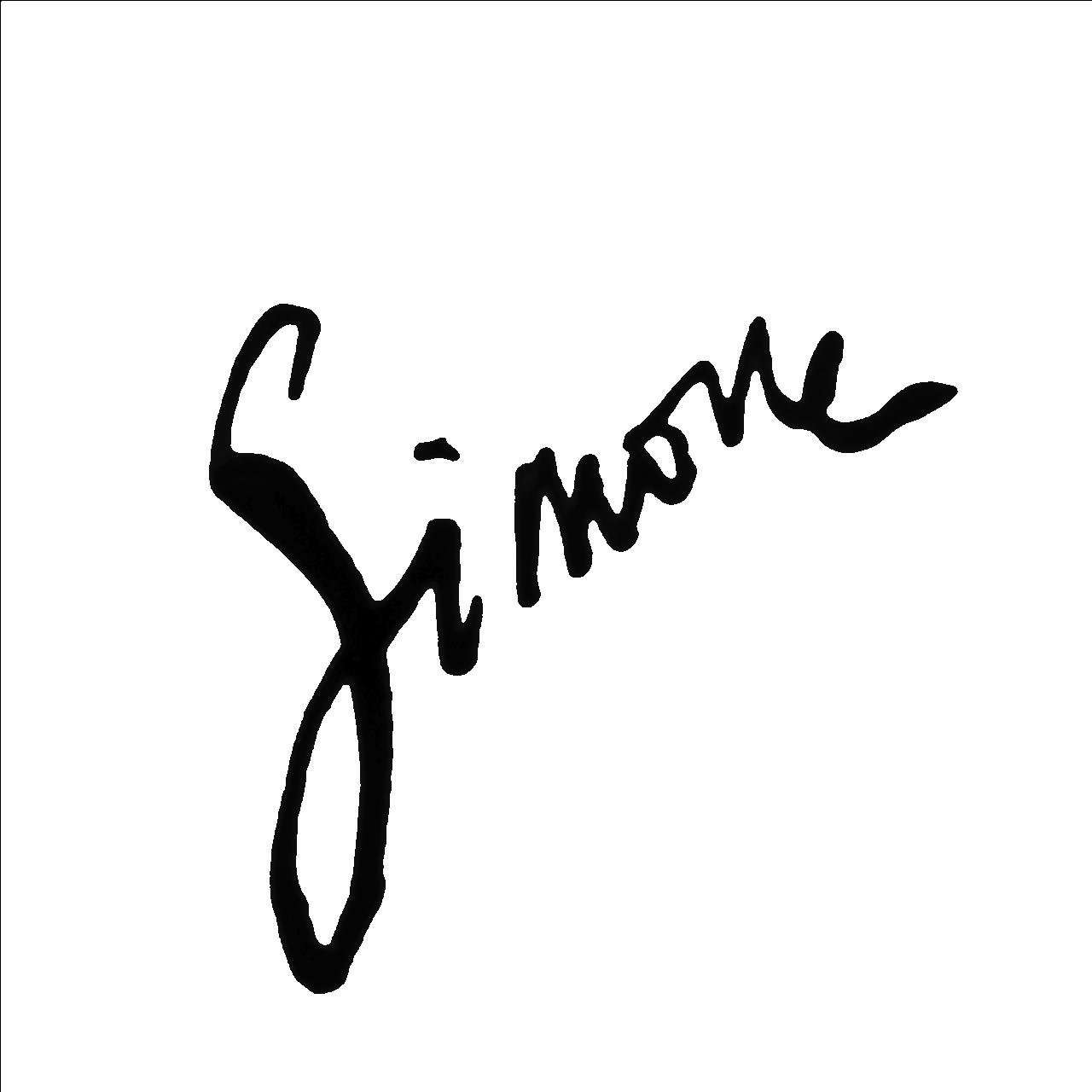 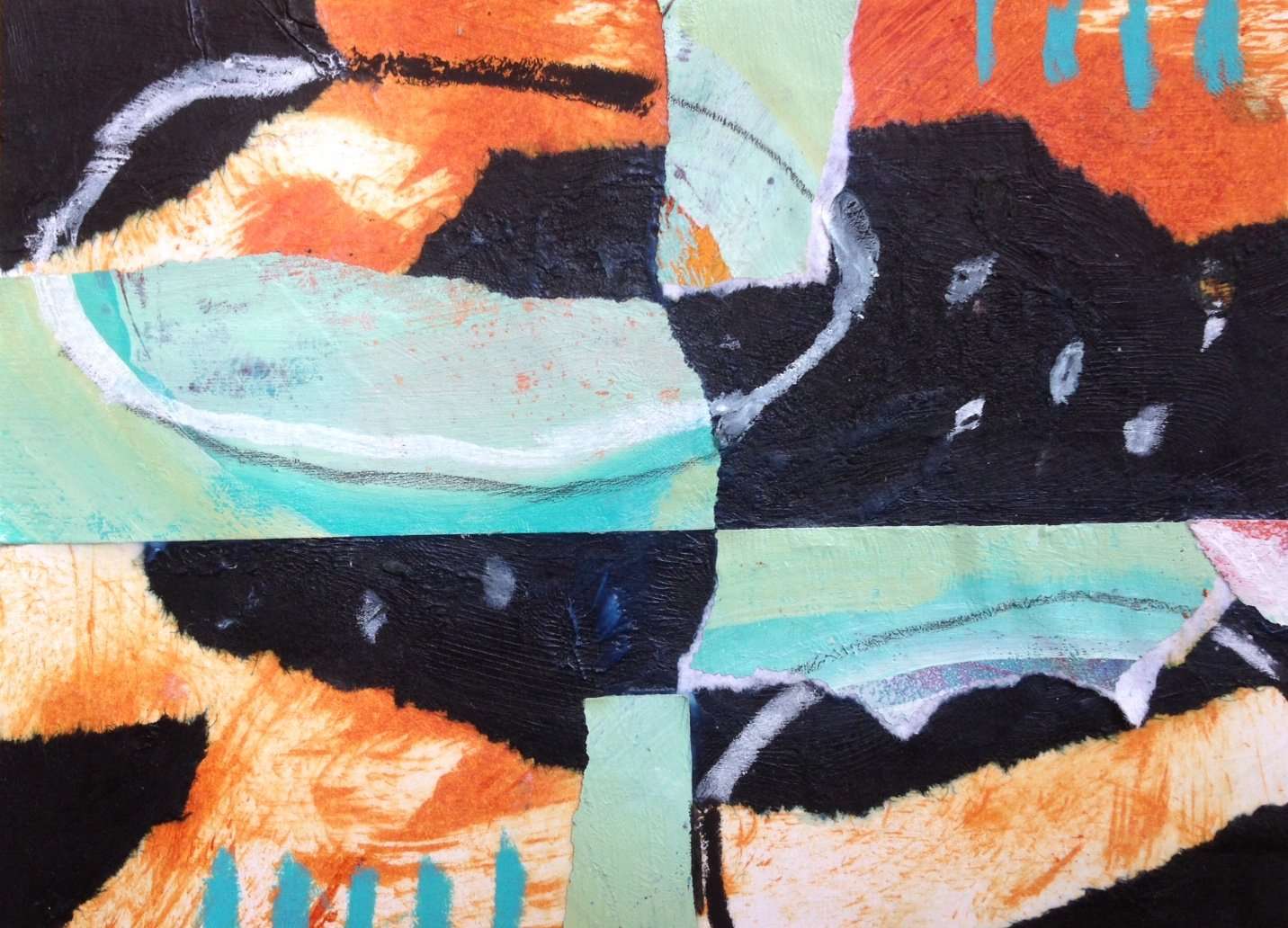 Subscribe to my weekly updates and receive my free workbook 'Make Art Now!'

You have Successfully Subscribed!

As you probably know, I am often inspired by the American painter Nancy Hillis. She gives an assignment that goes something like this: Take a piece of paper, draw six squares on it, and make six marks on each.

I took a piece of second-hand copy paper, took out a few tools. You can see them below.

Then randomly started to make marks. No thinking involved, just doing. I really enjoyed, and in the meantime, I learned to make some new marks along the way.

I first did as Nancy said (putting six boxes on a piece of paper), later I just took six separate sheets of paper, to have more space.

There is a lot to say about this; I will write a more elaborate blog about this later.

Bye! (below you see the photos of the tools I used and the seven examples of mark making studies) 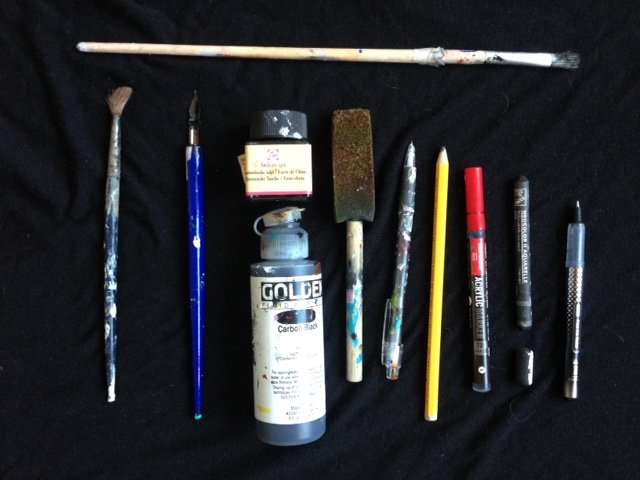 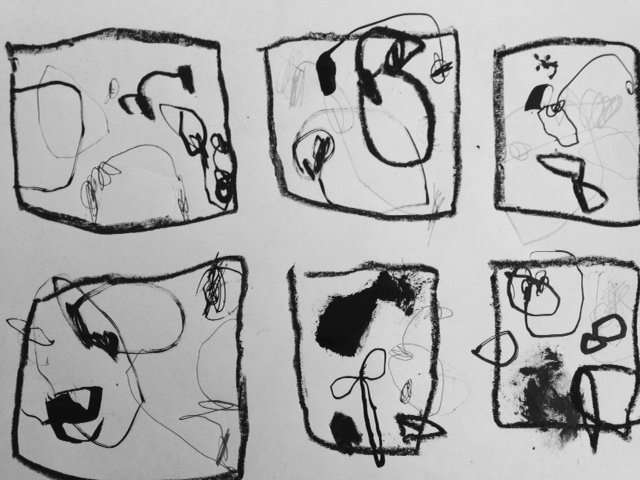 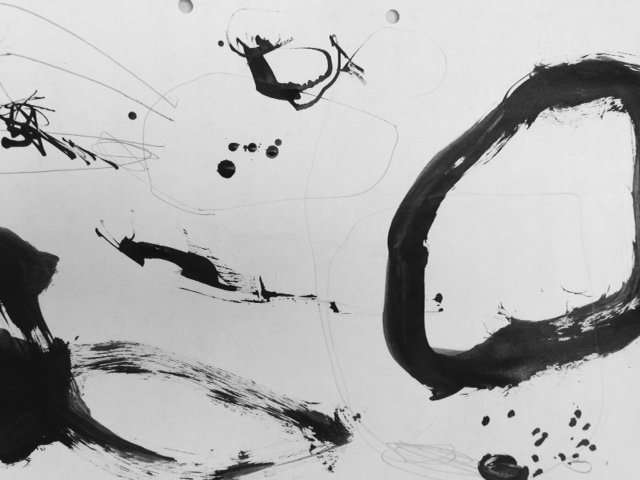 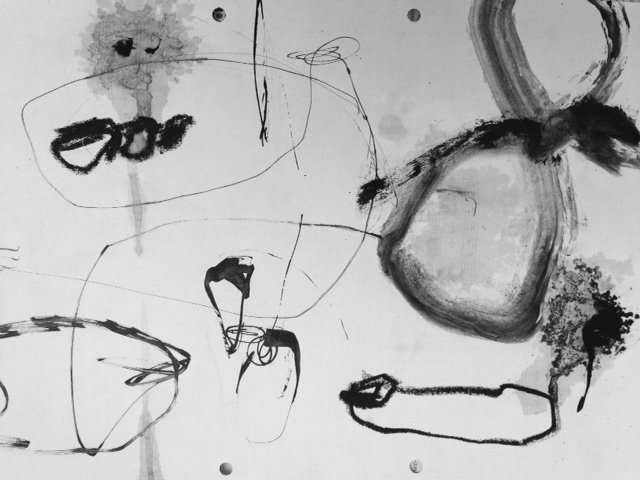 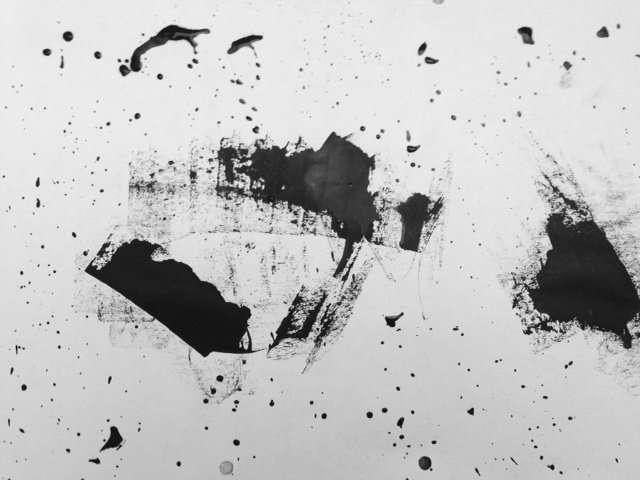 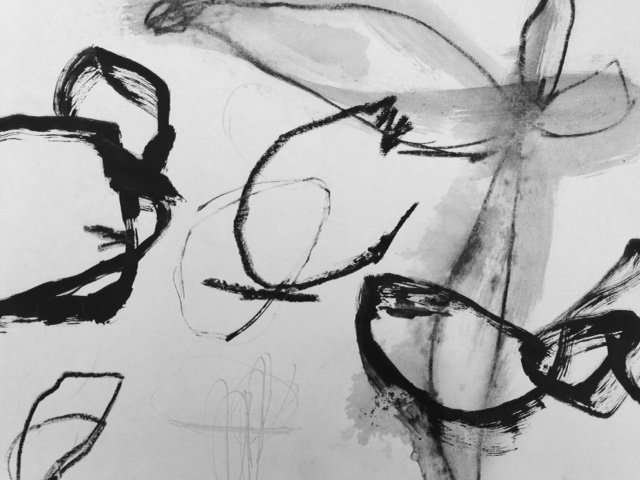 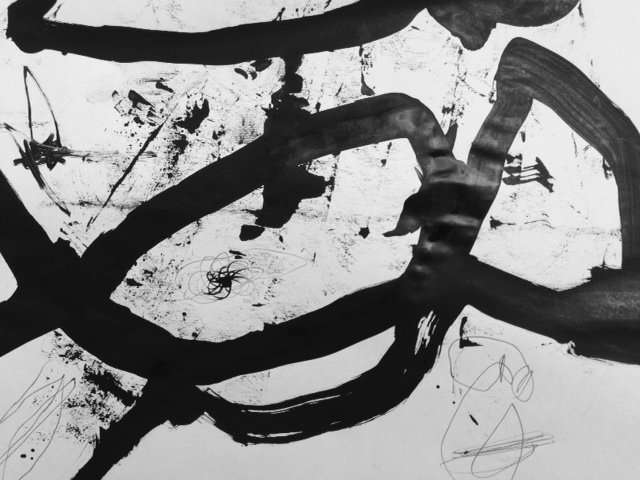 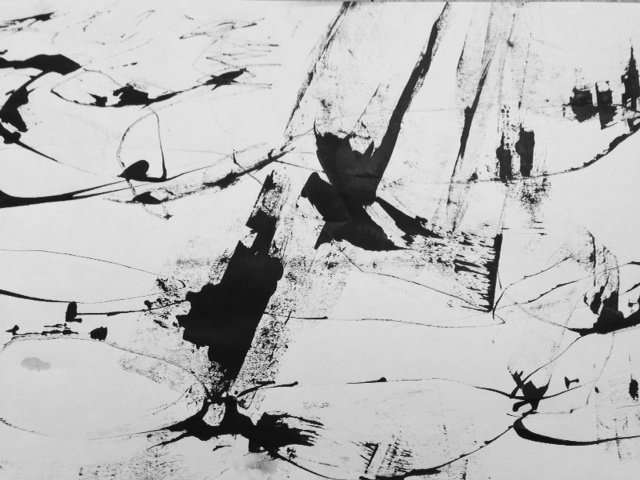 I have grown really fond of collage making. It is different from painting – you don’t work with brushes so much, you have less the sensory experience of wet pain for instance. But still: I can get completely lost in it. So much fun!

In this painting I like how the black and white marks go together well, making a big contrast. 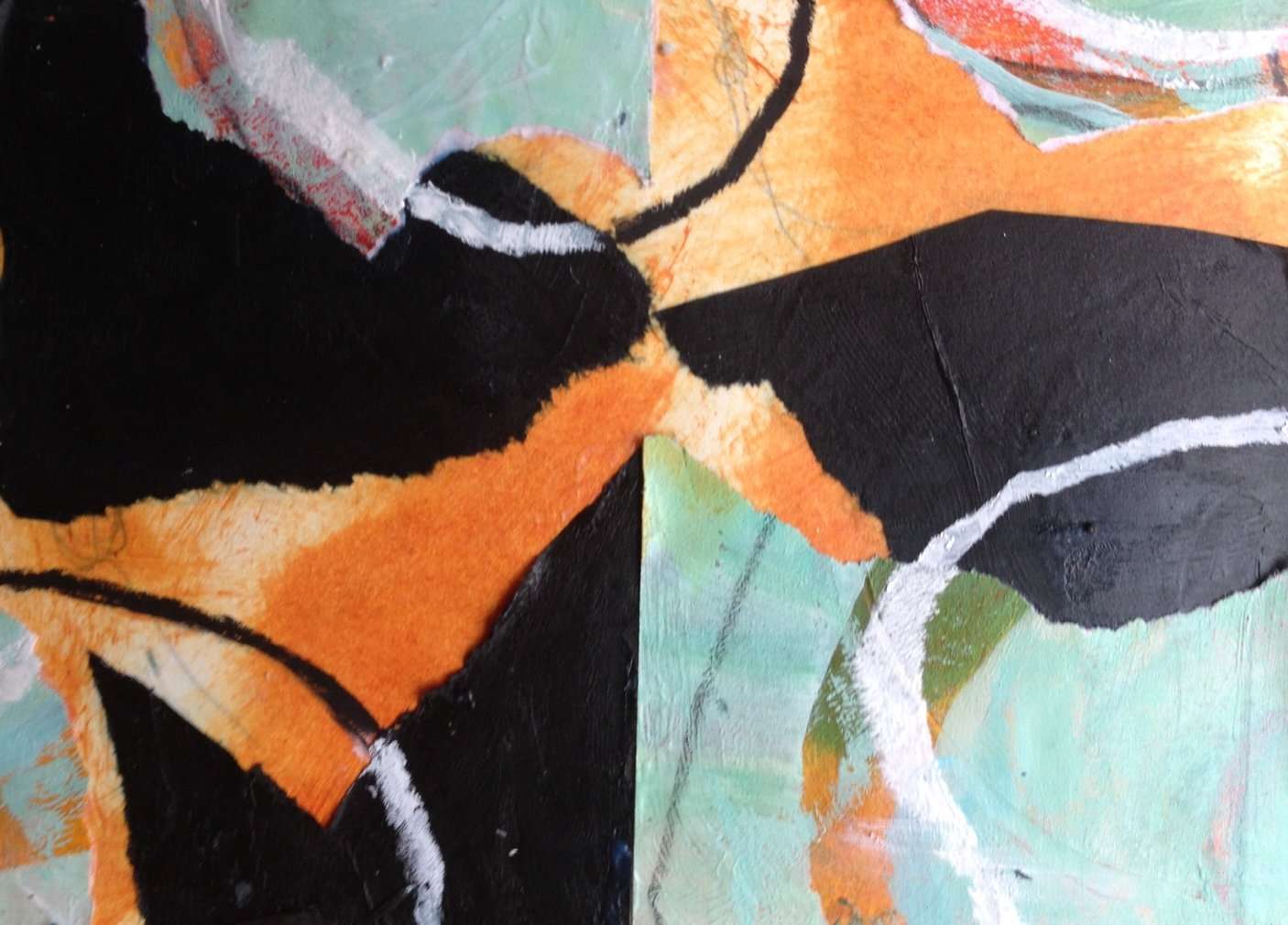 Today I found a new piece of collage paper (again: an old painting), and I started playing with it. I liked the process. Which is not so much painting ‘freely’, but more careful seeking a composition. It all happens very intuitively though. I love the stripes, the circles, and the ink splashes. 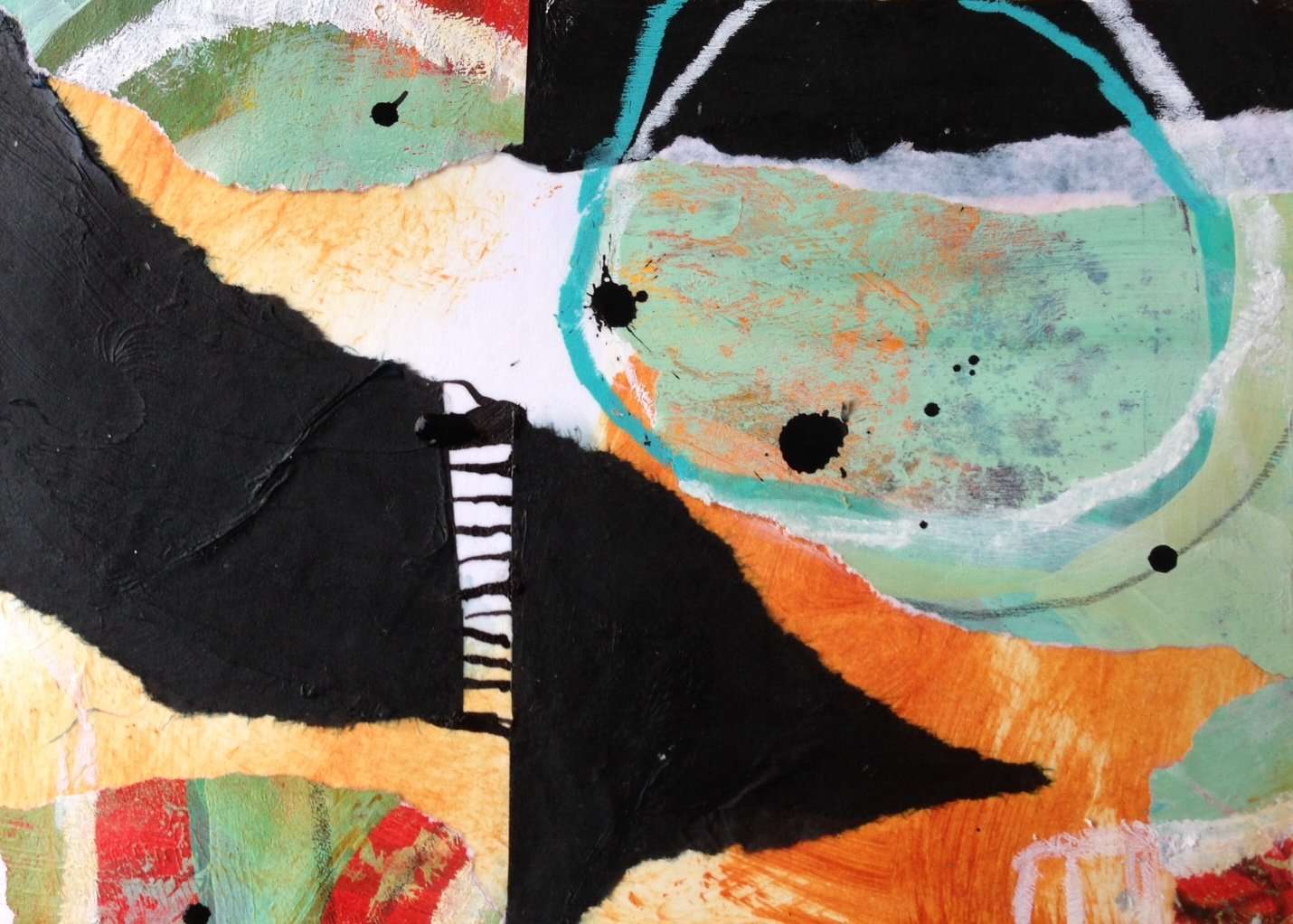 Today I made another postcard. I usually don’t use such primary colors in my paintings. Quin Gold is always dominant – not today 😉

The miracles of collage...
Tap the link in my bio for more info -> @simonenijboer⁣
Part of a collage that I made today.
I'm experimenting with writing with India Ink, for use in collages. I love the rhythm of it!
This is one of the paintings that I created for my online course 'The Art of Now'. If you'd like to take a look at the free video series about it: check it out by tapping the link.
Recently, I've been reading two books of Michael Singer: ‘The surrender experiment‘, and ‘The untethered soul‘.⁣
Manage Cookie Consent
To provide the best experiences, we use technologies like cookies to store and/or access device information. Consenting to these technologies will allow us to process data such as browsing behavior or unique IDs on this site. Not consenting or withdrawing consent, may adversely affect certain features and functions.
Manage options Manage services Manage vendors Read more about these purposes
View preferences
{title} {title} {title}